Priory Ruskin Academy students took part in a ceremony at St Wulfram’s Church to celebrate the laying of a commemorative paving stone to mark the 100th anniversary and award of the Victoria Cross to Lance Corporal Walter Parker of the Royal Marines, during the Gallipoli Campaign in April/May 1915.

In the company of local dignitaries, senior officers of the Royal Marines, cadets Ewan Birkby, Reece Morgan, Holly Smith and Sam Tattersall of 47(F) Squadron ATC, paraded alongside members of other cadet organisations and regular Service personnel to show their respect for Walter Parker’s ‘consistent bravery and energy during the three days prior to 30th April 1915, when it had been necessary to evacuate almost every stretcher case over open ground and under fire’ for which he was awarded the highest of military honours – the Victoria Cross.  Walter Parker was born in Grantham in September 1881 and enlisted in the Royal Marines in 1914. 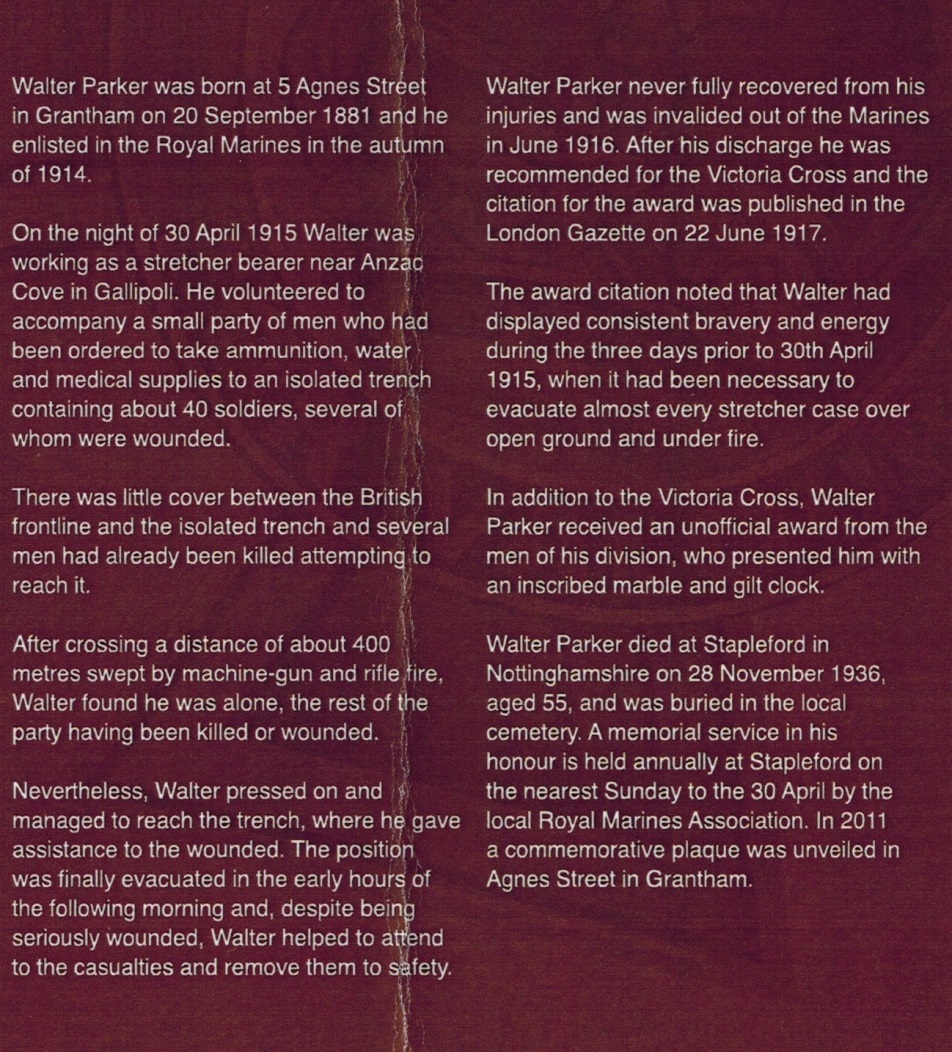